Officers and Board Members

Darlo moved from Illinois to Florida in 1988 and never looked back. A licensed insurance agent and underwriter since 1984, Darlo has been interested in politics since college, where she earned a specialized degree in Economics, Public Policy Tract, with minors in Business Administration and Political Science. In college she served in the student senate and was Editor of the student newspaper. She also served in several leadership positions with Democratic Party organizations before joining League. Two of her four children still live in Illinois, two call Florida home, and her six grandchildren and four great-grandchildren (whom she misses “terribly”) are scattered across the country. 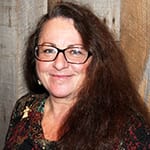 An Okaloosa County native, Beth spent 20 years as a business manager and comptroller for Floridian Construction before striking out on her own with several different business opportunities. She is now a licensed realtor with Diversity Group - Century 21. Beth also served as Director of Religious Exploration for the Unitarian Universalist Fellowship of the Emerald Coast from 2013–2014, and is interested in a variety of issues from animal welfare and suicide prevention to science & technology. Beth lives in Niceville with her youngest child. Her oldest daughter attends Florida State University. 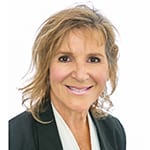 A retired Air Force officer and Desert Storm veteran, Mary has been Niceville resident since 1996 and is active in the community. An LWVOWC member since 1998, she previously served as Adult Committee Chair for Boy Scouts of America Venturing Crew 520 from 2001–06, and as League President from 2008–19. She now serves on the Okaloosa County Commission on the Status of Women and the Elder Services of Okaloosa County board. She and her husband own and run a small local business together. They have three children and five grandchildren.

A graduate of Choctawhatchee High School, Northwest Florida State College (NWF) and the University of West Florida (UWF), April has been an Okaloosa County resident since 1983. An LWVOWC member since 2014, she previously served on the Ronald McDonald House of NW Florida Red Shoe Committee and as President of the NWF Chapter of the Association of Florida Colleges. She serves on the American Cancer Society Making Strides Against Breast Cancer Committee. She worked for NWF for 20+ years and currently works for UWF as their NWF2UWF Coordinator. She also teaches a class on volunteerism for NWF. She and her husband have three rescue cats and a turtle. 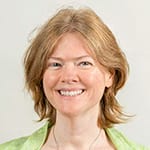